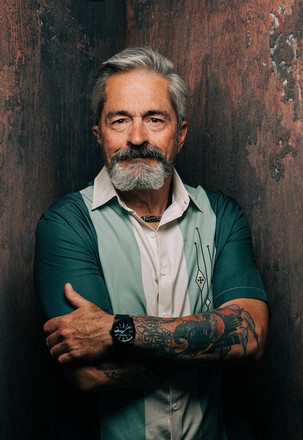 Dale Alan Schmitt study at the Ivy School of Professional Art with a focus in Photography. After graduation he worked as a freelance photographer in Pittsburgh before joining Eastman Kodak where he worked for over 21 years supporting Professional Photographers and the Graphic Arts industry. In 2008, Dale transitioned to Fujifilm where he continues to support his profession.

Dale incorporates a creative flair into all his work, using a sophisticated magazine style to capture the glamour and elegance of his clients. Dale’s portraiture has been influenced by Yousuf Karsh’s work in which a portrait captures a person’s soul.

Dale is a member of the Professional Photographers of America and the Pittsburgh Society of Artists.

In 2005, Dale Schmitt was presented the “Spirit Of Life Award” by the Chicago Graphic and Advertising Council in recognition of his personal, professional and philanthropic achievements and support of the City Of Hope National Medical Center.